How long does caffeine work?

How long does caffeine work? – In this article, I will cover the complex of caffeine, and try to answer how long it stays active in your body. let begin!

There is great individual variation in how we respond to caffeine. Some people claim that they can not sleep after drinking coffee as early as 12 o’clock in the morning. Can caffeine really have an effect for that long, or is it imagination?

Some people can apparently drink one cup after another just before bedtime without it causing any problems at all. Others cannot sleep, even though it is many hours since they drank the last cup.

Why is there a difference?

A lot of people are incarnated coffee drinkers and pour in almost unimaginable amounts every single day.

Some people can apparently drink one cup after another just before bedtime without it causing any problems at all.

Others cannot sleep, even though it is many hours since they drank the last cup.

I has previously written about the health benefits of caffeine and how different people have different tolerance for caffeine.

But can there also be individual differences in the breakdown of caffeine and how long does it take before the effect of the caffeine disappears?

I passed the question on to Olav Spigset, who is a professor at the Department of Laboratory Medicine, Pediatrics and Gynecology at the Norwegian University of Science and Technology (NTNU).

He explained that caffeine can ruin sleep in several whimsical ways.

In pharmacology and chemistry, people talk about the half-life. This is the time it takes before the concentration of a substance is reduced by half.

One more half-life – and the amount of substance is halved once again through decomposition or excretion from the body.

Olav Spigset explains that the half-life of caffeine is about five hours.

“It takes an average of five hours before caffeine levels are halved. 10 to 15 hours later, there is so little caffeine left that it no longer has an effect. “

Olav Spigset says that caffeine still has a stimulating effect, despite the fact that the level has halved. In some people, the half-life is either shorter or longer. He elaborates:

‘A half-life of five hours is the average in the population. But in some people, the half-life of caffeine is as low as an hour and a half. Among people who have a slow breakdown, it can be up to 10 hours, “he says.

»So if you drink a cup of coffee at 12 in the morning, you may have trouble sleeping if you go to bed at 10-11 in the evening, because some people still have so much caffeine in their body that it is difficult to sleep due to the invigorating effect. “

Birth control pills and smoking can also have an effect

It is the amount of enzymes in the liver that determines how quickly the caffeine is broken down.

Enzymes are proteins that are found in innumerable variations in the body and they are of great importance for all the different chemical reactions that take place.

‘Caffeine is broken down in the liver by special enzymes. The amount of these enzymes can vary from person to person. Different drugs can also affect the degradation, “explains Olav Spigset.

“Certain drugs can speed up the breakdown, so you need to drink more coffee to achieve the stimulating effect. Other drugs can block the breakdown of caffeine. “

He also says that women who are pregnant or taking birth control pills have a slightly slower breakdown of caffeine. Therefore, they may experience a higher concentration of caffeine in the body, which can lead to unwanted side effects such as muscle turmoil, chills and palpitations.

‘Smokers often break down caffeine faster than non-smokers. If you smoke, you need more coffee to have the same invigorating and stimulating effect. If you stop smoking, the breakdown starts to happen more slowly again, “explains Olav Spigset.

“Many former smokers find that they can not tolerate drinking as much coffee as before, and they often automatically reduce their coffee intake to avoid overdosing,” he continues.

Olav Spigset explains that there are also individual differences in caffeine tolerance.

“If these receptors are stimulated a lot and often, they gradually become less sensitive to caffeine, and thus a tolerance development occurs; that is, a less stimulating effect of the same amount of coffee, “says Olav Spigset. He continues:

»If caffeine is consumed regularly, for example as coffee for a long time, and you stop drinking coffee, so-called withdrawal symptoms can occur. This can happen, for example, if you are used to drinking a lot of coffee at work, but do not drink as much coffee at home on the weekends. “

The withdrawal symptoms are usually harmless – such as headaches. But these are the same principled, underlying mechanisms that are found in caffeine abstinence as in abstinences after abuse of hard drugs, Olav Spigset explains.

Caffeine is a white substance with a bitter taste.

Caffeine is found in coffee beans (1-1.5%) and tea leaves (up to 5%) as well as in a number of other natural products (including cocoa and cola).

The compound is extracted from tea, among other things, but can also be synthesized from uric acid and urea.

Taken as a medicine for headaches in doses of 50-100 mg equivalent to a regular cup of coffee, caffeine has a weak stimulating effect on the central nervous system.

Larger doses can cause insomnia, muscle turmoil and palpitations , but fatal poisonings are not known.

With sudden cessation after prolonged ingestion of large doses, mild withdrawal symptoms may be seen.

Caffeine is doped , but the permissible urine concentration (12 μg / ml) is not exceeded by regular consumption of coffee or cola.

Stimuli – for better or worse

Olav Spigset points out that the amount of caffeine that you consume obviously affects the effect your experience – even though the half-life of the caffeine itself is the same.

He adds that it may be due to some very undesirable effects – especially among children and adolescents who have not normally developed tolerance to caffeine.

So it seems that the colleague is right when he or she says no thanks to the afternoon coffee due to sleep problems.

Caffeine is a substance that can stimulate us for better or worse.

‘There is, of course, always a placebo element in the subjective perception of things; such as not being able to sleep. But caffeine has a very real physiological effect on sleep, «concludes Olav Spigset.

Gotta be honest, that article was not quick to make. The amount of coffee I drank while trying to find information was.. Well, more than enough. Hope you learned something new. 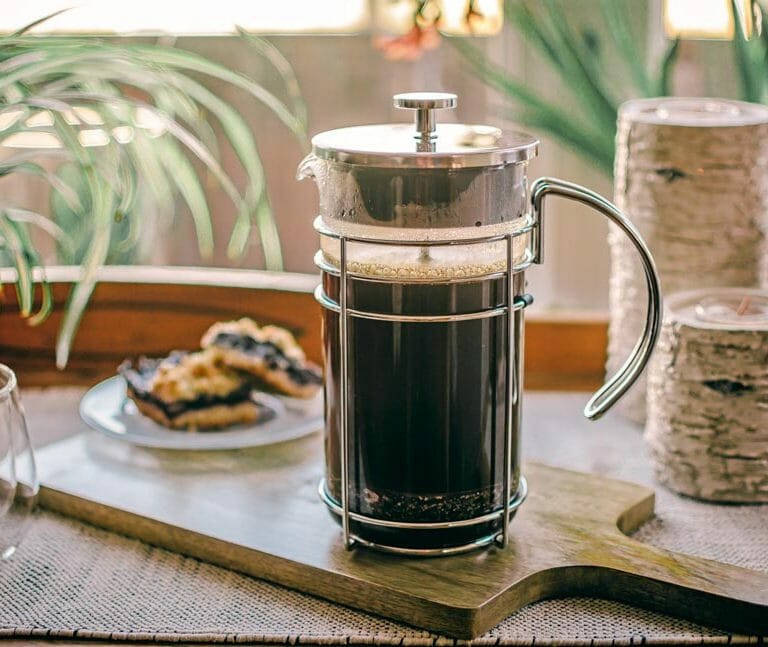 What Coffee Is Best For French Press? Below I would like to explain to you a little about what coffee I recommend for french press, ​​next time you have to make a fresh cup of coffee for breakfast. There are many ways to brew coffee Coffee can be brewed in many different ways, and just…

What Is Espresso Coffee? Latte, espresso, cappuccino – there are so many different types of coffee that it almost turns into its own language. In this article, you can read more about the difference between the most common espresso-based coffees and read how they are made. After reading this article, you are no longer in doubt about… 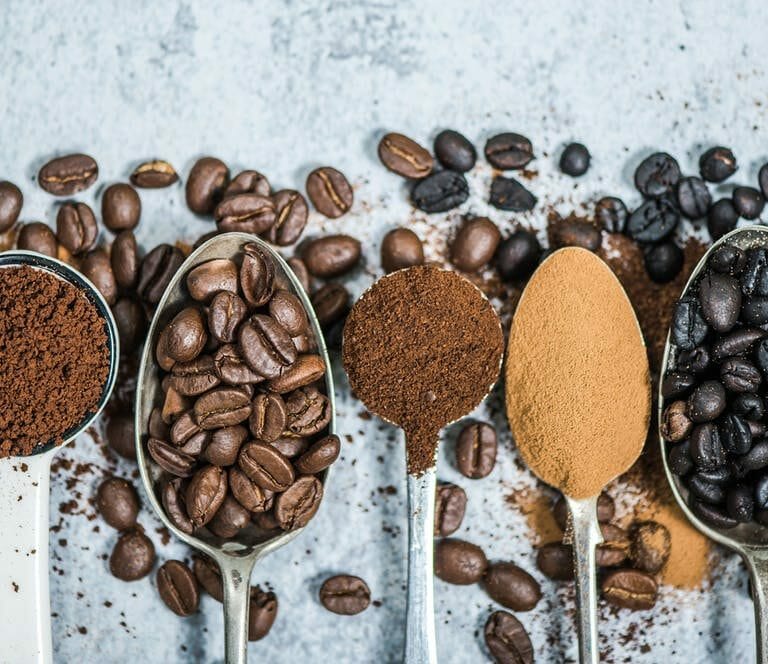 What`s The Healthiest Coffee You Can Drink? The coffee shops are fighting for our favour, and even 7Eleven is now passionate about being able to do something special with the brown beans. The mission here is not to scare you. I love coffee just like you, and 76% of women drink this refreshing drink. But… 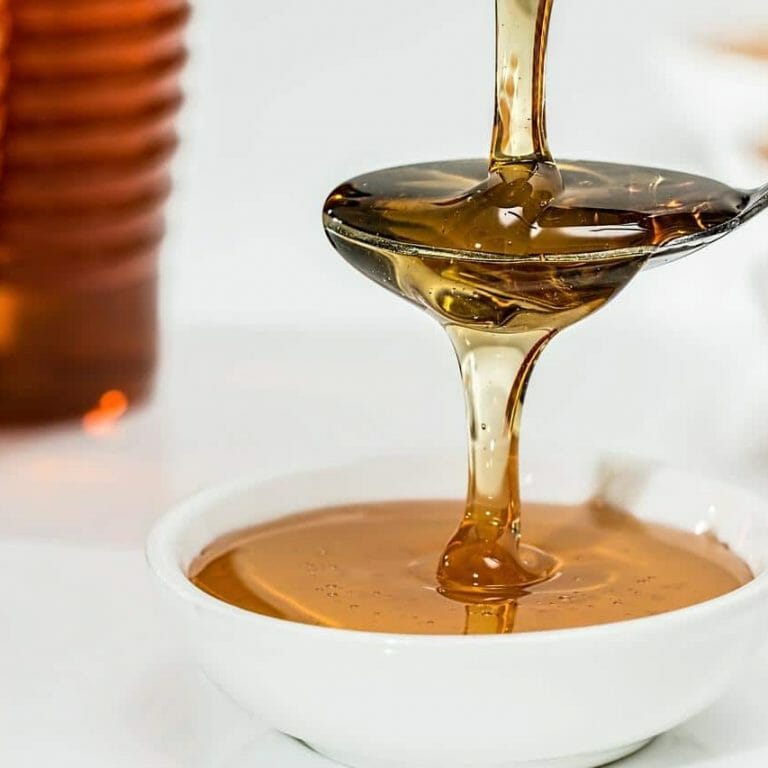 Coffee With Honey Health Benefits Honey coffee boosts your burn and quickens you up. Honey coffee, as the words say coffee with honey.Which in itself has health benefits, but you can boost it even more. In this article, you get five tips for a healthier coffee.Numerous studies have shown that coffee increases the burn.Although nothing… 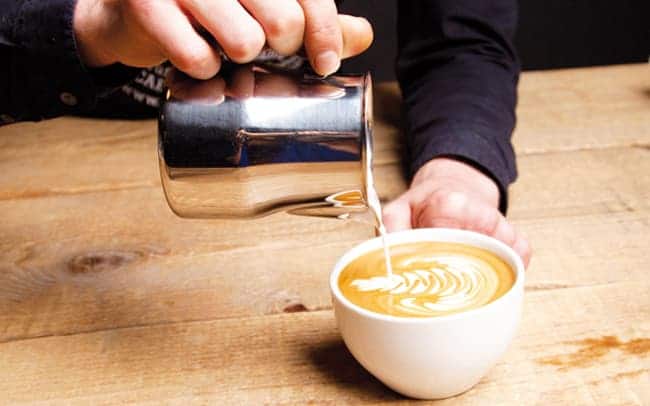 What`s The Best Milk For Latte Art? What milk & does it matter? A helpful Guide That was the question because milk and espresso are often combined, but which milk can be frothed up best and is it also possible with milk-like drinks? Crema was looking for the answer to this epochal question. Milk is…