Coffee: From Disgust To Passion

I have not always been crazy about coffee (but who has been that?) I didn’t understand why you would drink something so bitter and actually enjoy it. It has since gained momentum, and my attitude has changed drastically. I am going to talk a little about the passion I have for these dark drops from heaven today. 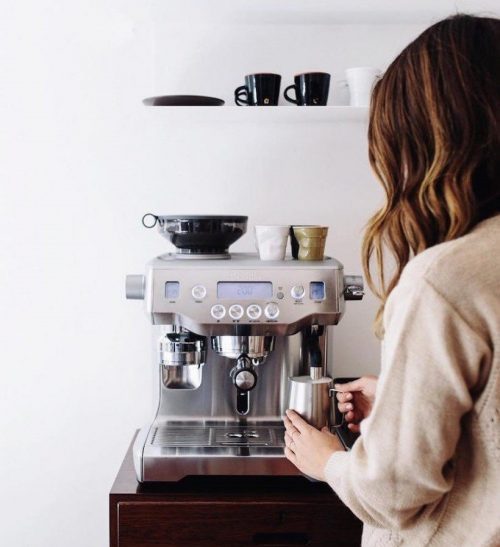 From disgust and necessity…

In my early teens, it was a mystery to me how “the adults” could drink something that tasted so bad Not even with milk and sugar did I find it particularly inviting, the few times I tried. Only when I got a regular morning job shortly after high school did I find out the necessity of coffee. It actually helped to get some caffeine, I experienced. But that was something to be overlooked.
As I got more used to the taste, I was able to take in less and less milk and sugar, to eventually drink it black.
In the beginning, my hunger for coffee was probably a necessity in the early mornings, but almost as much a social element. When I was at family gatherings etc. it has been safe as Amen in the church, that coffee was served in larger quantities.
It made me drink more coffee, and with more coffee, I also quickly found that there is a big difference between the different coffee brands in regards to taste. And this particular conclusion aroused my interest in coffee and how I could brew delicious coffee myself, which was not necessarily bitter and, at times, a bit rancid in taste.

… To interest and passion

I started out slowly with a cheaper espresso machine from Kenwood and pre-ground beans from the supermarket. I thought it was enough for me at first, but I was wrong. Because as I sit and count today, I can conclude that it has turned into a more expensive hobby – yes, almost passion. The one “Aha” experience in the coffee world made me want to go in search of a new one – and it quickly gained momentum.

Today I have been through the first three espresso machines (Kenwood, Rancilio Silvia, and my current machine is the Sage Barista Express). In addition, I have been interested in the old-fashioned brewing method, pour-over with the Hario V60, which gives a slightly more clean and elegant taste than espresso (everything of its time). It is also a bit more hospitable, understood in that I can brew larger quantities of coffee faster than on the espresso machine.

But one thing is the brewing methods, and another is the beans. They almost certainly have a significant influence on the product you get in the end. So the geek in this area is also allowed to come out and play.
In the beginning, I used to use ground coffee from the supermarket. In comparison, I then tried the whole beans, which were not entirely freshly ground. Already here, I could taste a significant difference. If the whole beans, which were several months old, could taste so much better, I wondered about the taste of completely freshly roasted beans.
It gave me the courage to explore the possibilities of roasting her own coffee. Here, too, I started off quietly toasting in a popcorn machine, which actually worked fine (Until it literally melted). An okay uniform roasting of the beans was obtained, although it was not well suited for dark roasting. The deciding factor for me, however, was its capacity of approx. 75 g. per roasting. This I found was the limit, and I had to shake too often.

The result was the investment in a semi-professional coffee roaster, Gene Cafe, which can handle about 200-230 grams per hour. roasting.

It fills a part of the kitchen cabinet, but it does the job really well, and with its heat and time settings gives good opportunities to vary and “nerd” with the individual bean (in good collaboration with the app “Roast Buddy”).

With a price of approx. USD9 per 500 g. It may be more expensive than “ordinary” beans from the supermarket, but the taste is also then, and you can always have fresh beans on the shelf at home.

The enjoyment of drinking coffee

Where in the beginning, I mainly drank coffee for effect, today I do it more for the enjoyment and taste. The coffee at my office is, by comparison, scarily bad, and I would rather wait to drink coffee until I get off work in the late afternoon than drink it at work. Because then I know that I can get significantly more quality in the taste than the “old” office coffee. Yes, you get a little nerdy (someone calls it the “coffee snob”), but why settle? I usually argue with the fact that they also do not take a several days old slice of bread if there is freshly baked one from the bakery next door.

I can easily see what they mean, to be honest. Because, as I said, I was even startled at the fact that you could drink something “that tasted so bad.” So, I know it’s mainly ignorance. For the same reason, I try to tell a little about the coffee and how to make things more delicious – without necessarily having to make it as expensive a hobby as mine. You can get relatively small money making your coffee much better.
If you want to spend some time on it, a popcorn machine and a grinder for the filter coffee does not cost the “white out of the eyes”. Here we are talking about a starting price of USD75-100 (excluding the raw/green beans), and so you already have a better cup of coffee. I have also tried to sample my colleagues and offer them to shake and possibly. The grinders for them (for the price that the green bean cost me), to open their eyes to the better cup of coffee and the passion I have around it. I really like to share it, because I’m glad I went exploring in the coffee world and discovered (and still discover) the many subtleties in it.

For the same reason, I have written all of this for you, and for more inspiration, you can go on further exploration on the blog here, where I am continuously posting articles from the coffee world. 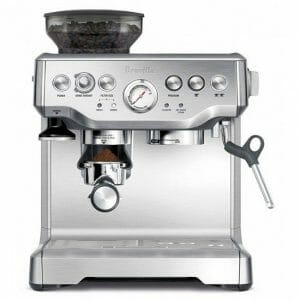 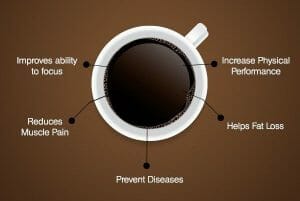 Coffee Before Exercise Relieves Muscle Pain A few cups of coffee before exercise may not only be a bit stimulating, they can also reduce some 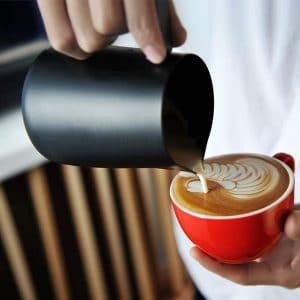 Guide To Milk Frothing Are you the owner of a manual espresso machine or are you considering buying one, then you will need to skim 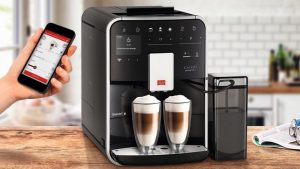 Fully Automatic Espresso Machines – These 5 Has the Most Value for Your Money!

Fully Automatic Espresso Machines – These 5 Has The Most Value For Your Money! If you are the type who does not want to miss 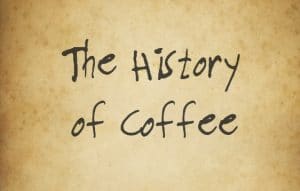 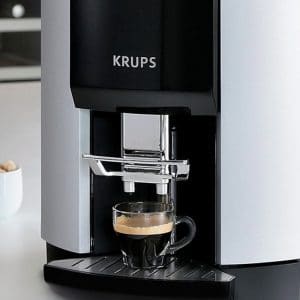 Get The Latest Updates

No spam, notifications only about new articles & upcoming events. 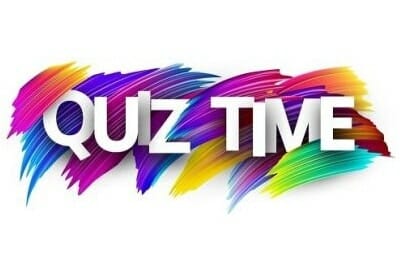 What Do You know about coffee? 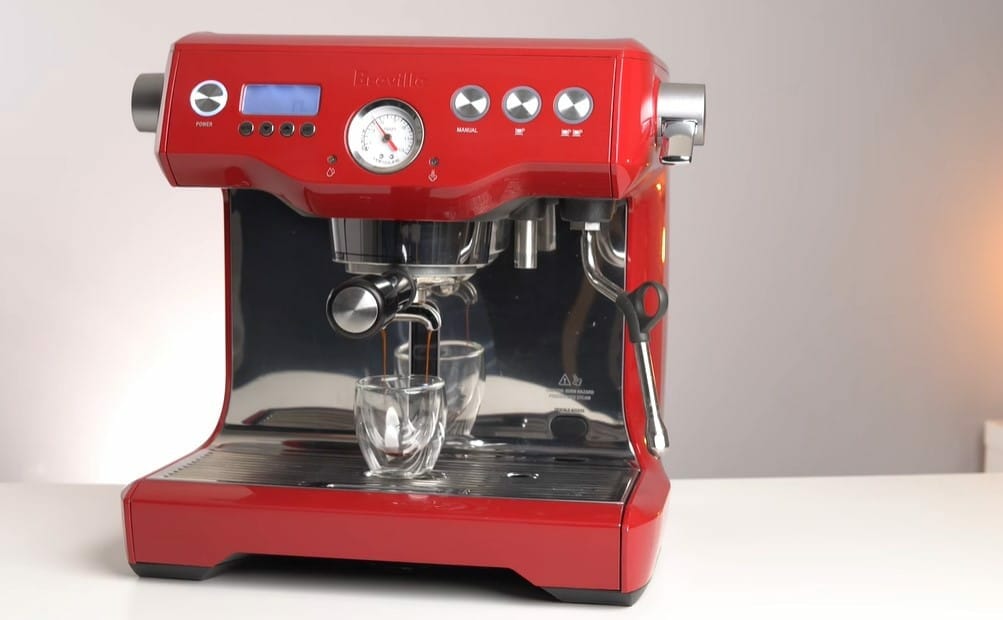 Which Breville Espresso Machine is Best for You? | Buying Guide

Which Breville Espresso Machine is Best for You? Breville’s lineup of at-home espresso machines are undoubtedly some of the most popular and best value for 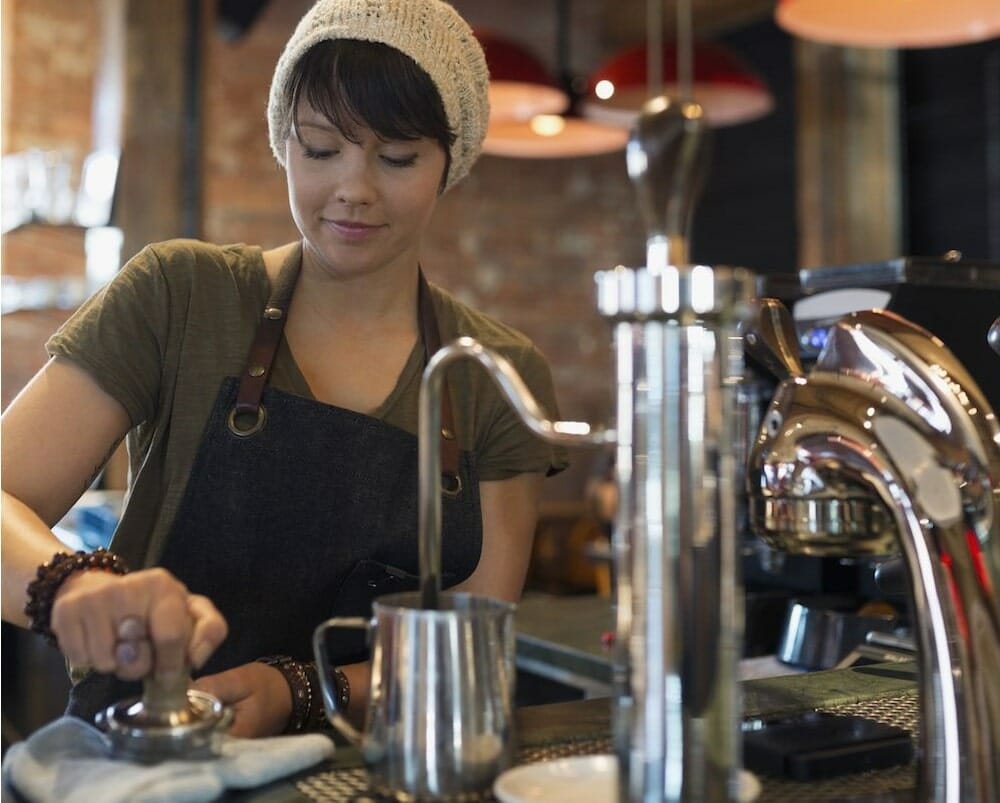 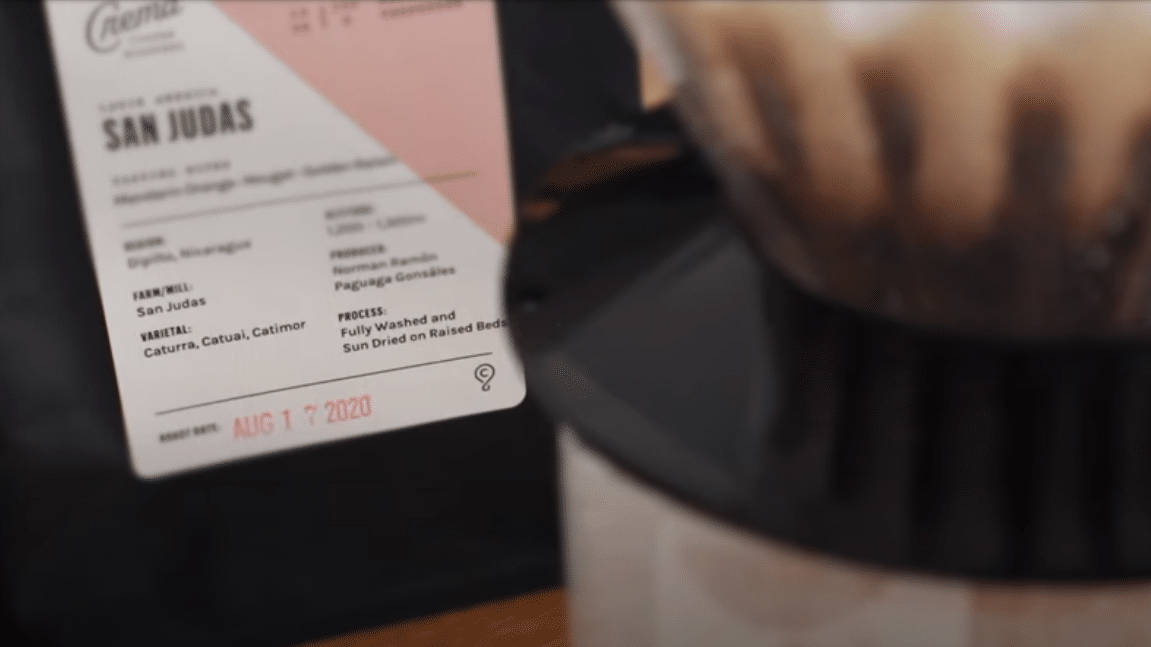 How To Read A Coffee Label

How To Read A Coffee Label? As you’re, probably aware there are tons of information, explaining to you how to make better coffee, but from 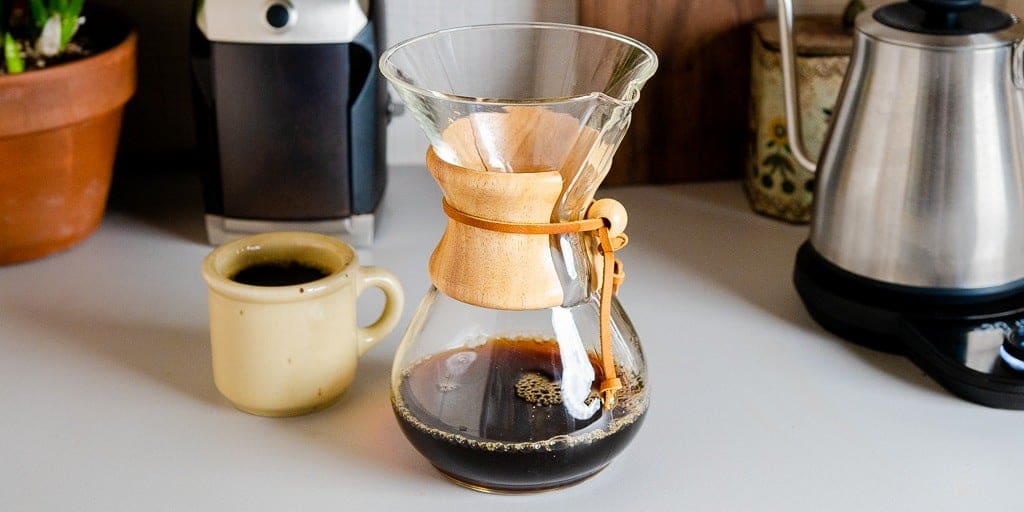 French Press vs AeroPress vs Pour-over? Coffee Methods Compared – There is just too much, too much coffee here. There are so many ways to 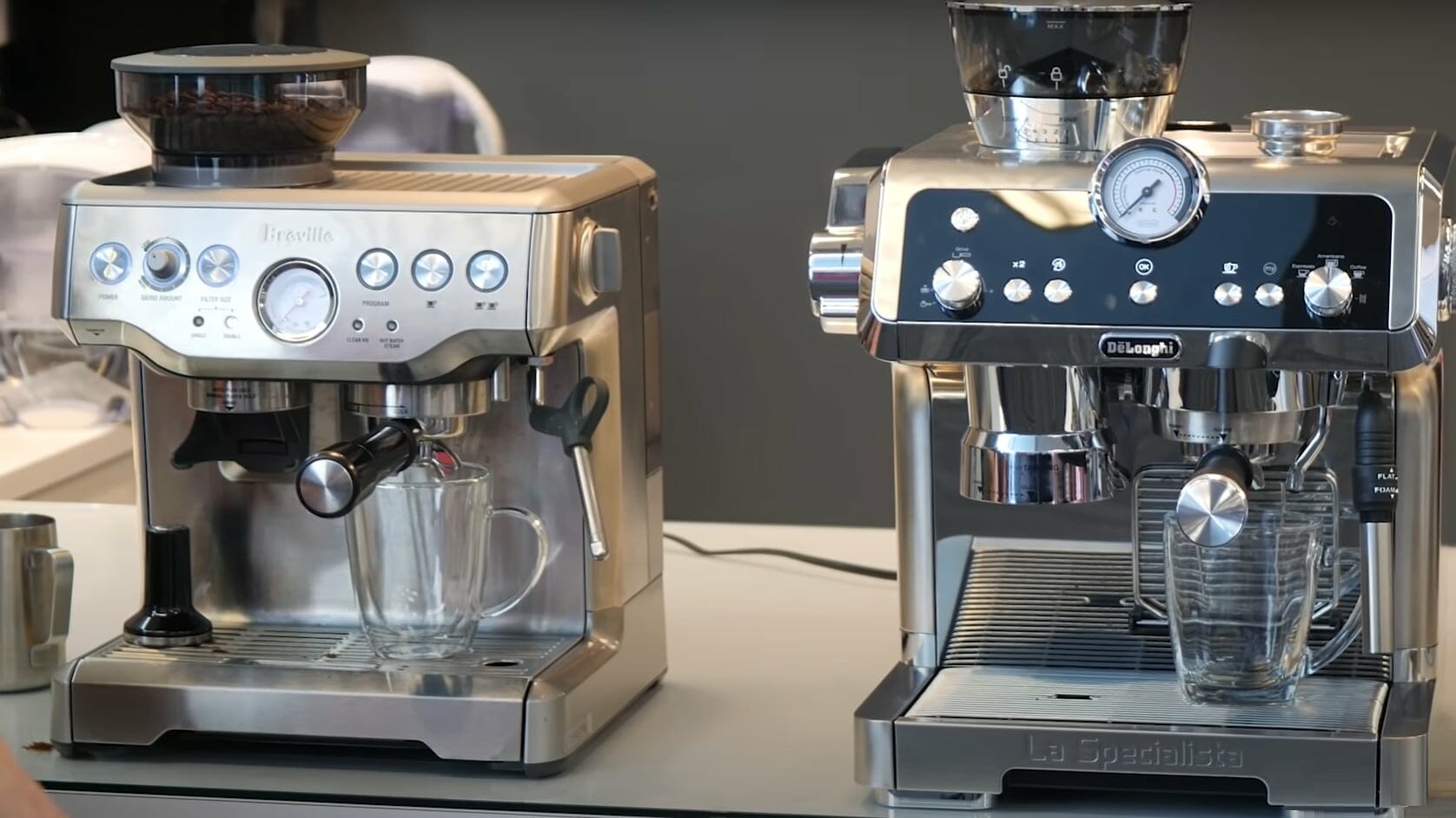 COMPARISON: Breville Barista Express vs. Delonghi La Specialista! Which Should You Buy?

Breville Barista Express vs. Delonghi La Specialista! Which Should You Buy? Today I’m just going to do a comparison between the Breville barista Express and 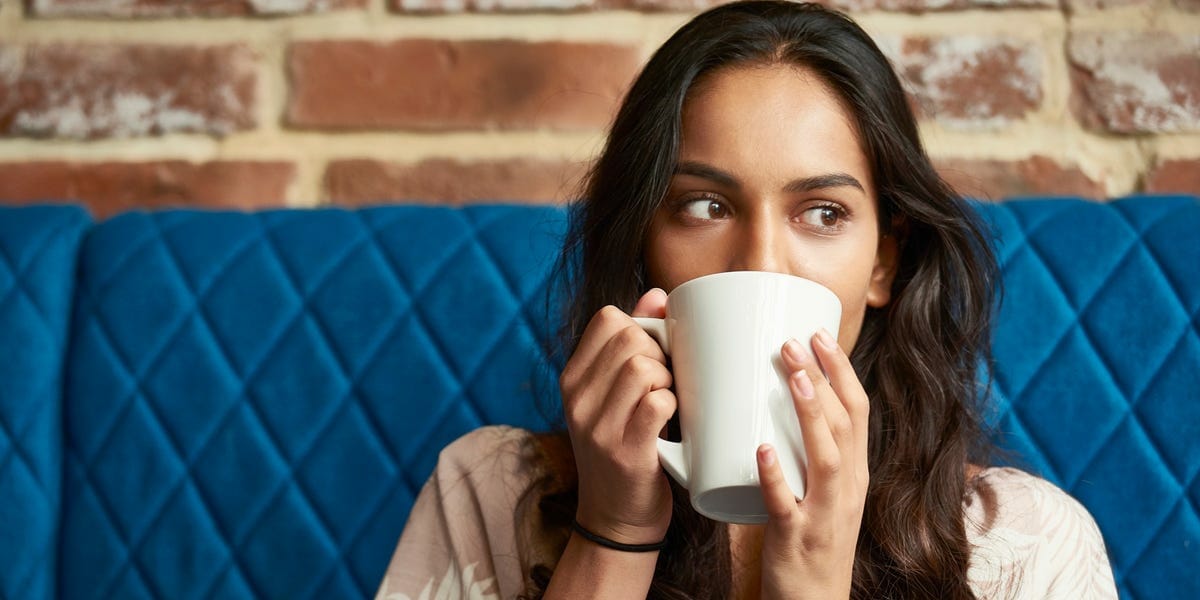 How to drink coffee in a healthy way

How to drink coffee in a healthy way Do not replace your breakfast with coffee as it only gives a false feeling of satiety. Your

How to make the world’s best Aeropress?

How to make the world’s best Aeropress? Aeropress is possibly the most popular coffee gadget on the market because there are so many different uses. 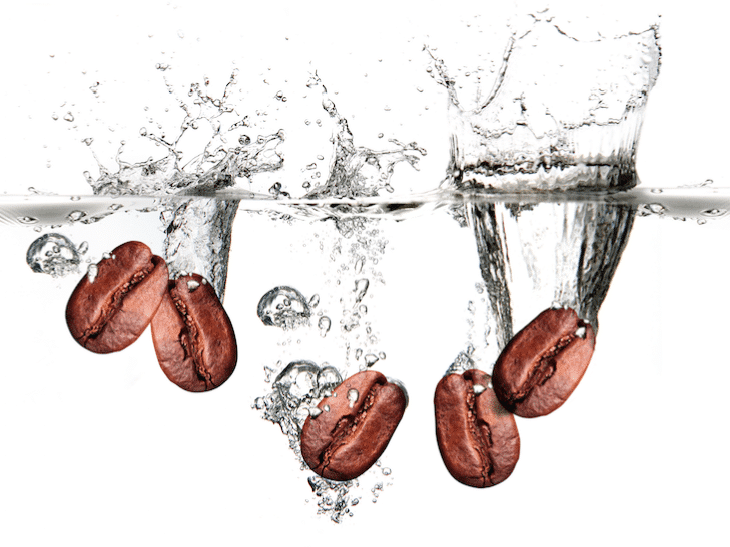 Water, The Forgotten Ingredient in coffee

Water, The Forgotten Ingredient in Coffee Little is known about the nature of water in order for professional and home baristas to achieve the best