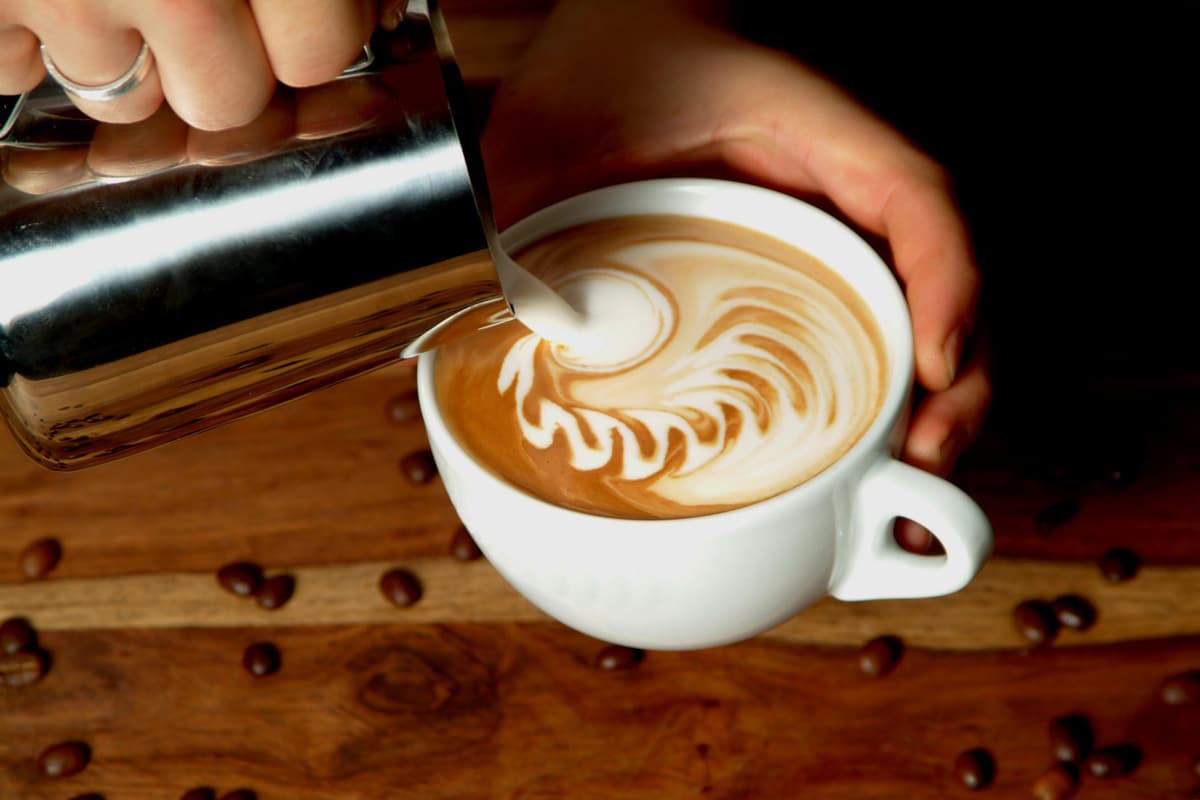 Coffee is not just a beverage anymore, it’s an art.

Ever since it was discovered, there have been various combinations that have led to the advent of the extremely intricate craft of being a barista. The ones you have probably heard of include cappuccino, latte, mocha, and of course the plain black coffee.

However, one of the more sophisticated versions of coffee is “breve”.

It is pronounced as “bre-vay” if you consider the Italian pronunciation. In Italian, “breve” literally means short, brief, little, or concise, which is an accurate way to describe breve coffee, although it is also popularly known as the American version of a latte.

Let’s delve deeper into this exotic and divine variation of coffee.

What is a Breve?

Simply put, it is a mixture of cream, milk, and espresso. At the bottom, there is espresso, after which comes a layer of milk and cream, which is all topped off with a layer of frothy milk.

The cream and milk together are known as “half-and-half”, which refers to the type of milk that is moderately creamy.

These three combinations make up a concoction that leaves the taste buds tingling and makes the brain wonder how such a simple combination could be so magical.

Even though it is known as the American latte, it is actually much richer and creamier than an average latte.

How to Make it At Home?

It is not economical nor is it practical to depend on any shop like Starbucks or Dunkin to provide you coffee on a daily basis.

So let’s take a look a look at how you can make this delightful beverage at home.

Having an espresso machine is crucial to the process. The espresso needs to be well-extracted, or else the taste of the coffee will be overtaken by the sweetness of the half-and-half.

A strong filter brew won’t do it, we need real espresso.

Choosing the type of roast to use is also influential on the type of coffee you’ll end up with. For breve, medium to dark roasts tend to work best. Not only are they much easier for the espresso machine to extract, but you will also end up with richer coffee.

Now, for the milk!

The whole point of using half-and-half milk is to have a rich, creamy and velvety coffee. This comes from the foaming of this particular type of milk.

Make sure to not burn your milk while foaming it, because then it will turn into a custard-like consistency and will go to waste.

To ensure optimal foaminess, you need to make sure your milk (half-and-half) is ice cold and straight out of the fridge.

Then follow these steps to make breve coffee at your home!

Don’t turn up the heat too much or the milk might burn. A temperature of 160°F or 71°C is the best for your coffee.

Foam the milk just enough to increase the volume of your milk, but not so much that there are large bubbles in your milk.

The strength of coffee depends on how many shots of espresso you add. The normal amount to add is usually just one shot, but more avid drinkers of coffee may prefer stronger doses, of up to three or four shots even!

For an amateur drinker, that much coffee can for sure make you hyper enough to start jumping up and down.

Pour the milk into the mug/cup, making sure to push back the foam until the very end, when it will smoothly slide onto the top on its own.

Then, pour in the espresso as slowly and gently as you can. The expresso will remain floating on the surface for a few seconds, because of the thickness of the steamed milk.

Do not try to mix it as it will eventually fade into the milk itself, giving a beautiful brown and white marbled look.

You can even top it off with some latte art if you know how to! You can check out our article on latte art to learn a few basics.

You can put a personal spin on breve coffee as well.

Some popular versions include:

As the name suggests, a mocha breve is basically the same as a breve, it just has chocolate added to it, to give it that earthy chocolatey flavor that is loved by many.

The process itself is the same as explained above, the only difference is in the portions added. One-third of the mixture is espresso, one-third is chocolate, and one-third is half-and-half.

All portions should be equal volumes. And ta-da your divine Mocha Breve is ready!

This type of beverage is ideal for the hot summer afternoons when you’re sitting in the sweltering heat and need something to cool your mind, body and soul.

To make an iced breve, all you have to do is fill up a cup with ice cubes, add cold half-and-half milk, and top off the drink with 1 to 2 shots of espresso.

You could even make an iced mocha breve, by combining the above two methods! Many people even add a few pumps of caramel or vanilla to add more flavor to their coffees.

Here is a great recipe for iced caramel breve.

Is Breve Coffee Healthy for You?

Many people have argued about how coffee is not healthy enough to be consumed on a daily basis.

When we talk about breve particularly, of course, the fact that it is made half whole milk and half-light milk mean that the calorie count and cholesterol levels for this beverage can shoot through the roof. Not to mention the fact that many people even add additional sugar or syrups.

That having been said, you should drink what you want! As long as you keep it under control, and keep your health in check, you do you.

So have fun and keep sipping that coffee!

That’s it for breve coffee. Give it a shot and you might be surprised to know if you like it! 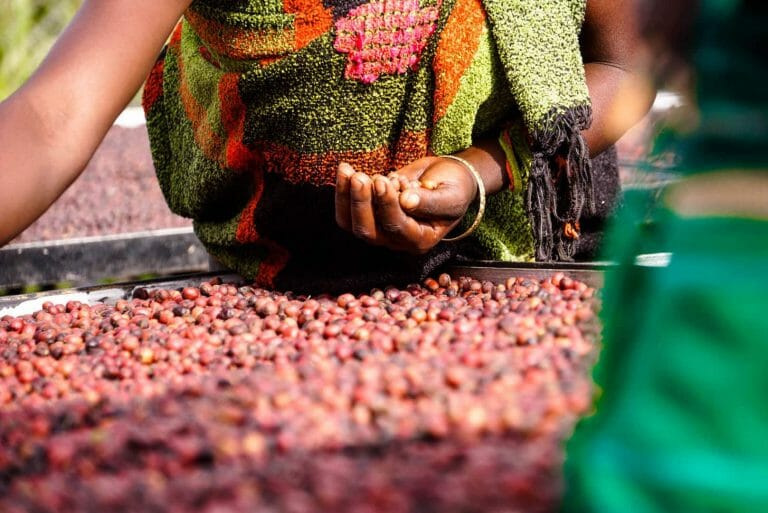 Coffee Fermentation – What Is It? You’ve probably heard the word Fermentation many times, but it seems a little embarrassing to ask what it really means. Taste The coffee sheds light on fermentation and its crucial role in coffee production. Fermentation is a natural process of food processing. The process involves breaking down organic matter… 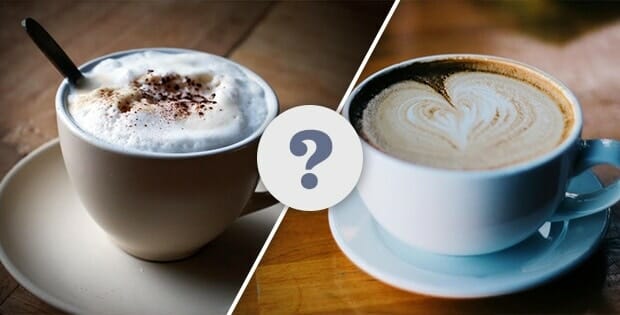 Caffé latte, Cappuccino And Cortado – What’s The Difference? This distinguishes the various coffee drinks. Coffee is one of the most consumed beverages globally, and black drops come in endless types and varieties.  Are you one of those who get a little dizzy when you order a cup of coffee in a cafe? After all,… 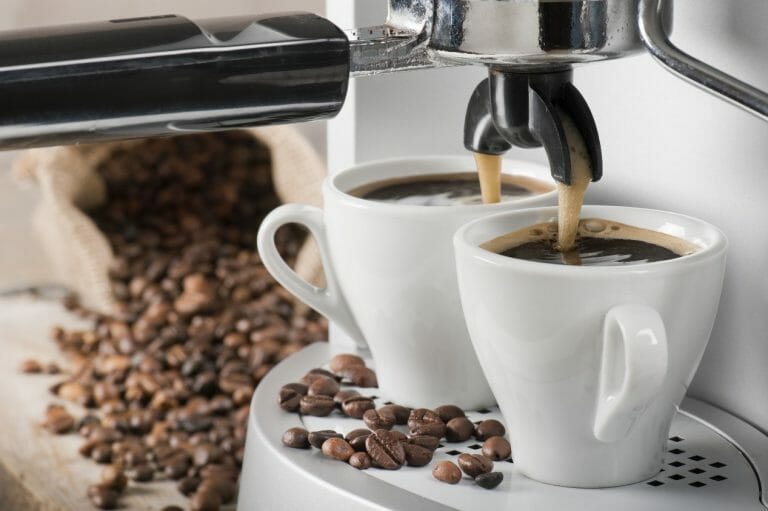 Guide To Choosing Your Espresso Machine! It’s super popular to go to the cafe with your friends and acquaintances and enjoy a cafe latte, cappuccino or espresso. .. But it can also quickly become expensive with various cafe visits and why not take the experience home and learn the barista art to the fullest. Here…

Your morning coffee can have many various effects on you. In this article, I will go over why coffee wakes you up in the morning, and what the scientists say about all this. How Bad is Coffee for Your Health? Coffee is a heavily criticized drink for affecting your health but how bad is it…