7 Surprising Reasons Why Is Coffee Good For You! 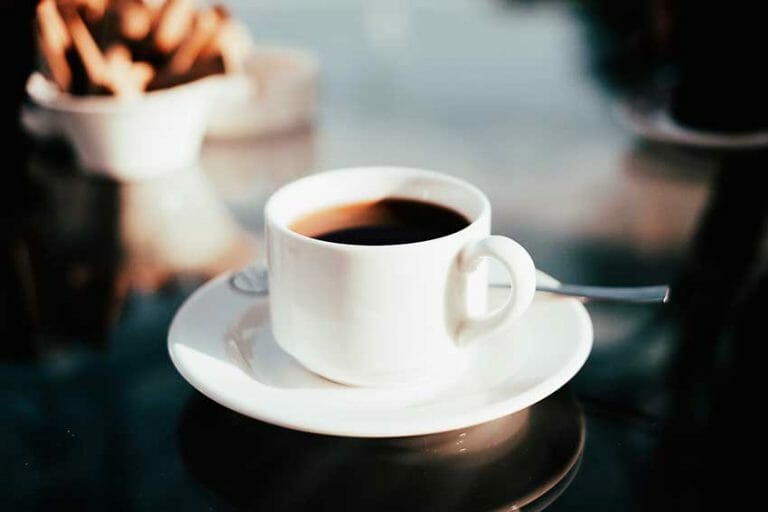 If you’re a coffee lover, what’s better than starting the morning with a fresh cup of steaming, fragrant coffee that wakes up and gets the sleep out of your eyes? And then it can do much more than that, it turned out.

Coffee is not only a warm, energizing beverage, coffee can also be very good for your health.

In recent decades, researchers have investigated the effects of coffee on various health aspects, and their results have been nothing short of amazing.

Here are 7 reasons why coffee can actually be one of the healthiest drinks in the world.

1. Coffee can make you smarter!

Coffee not only keeps you awake, but can literally make you smarter.

The active ingredient in coffee is caffeine, which is a so-called stimulant and the most commonly used psychoactive substance in the world.

The primary mechanism of caffeine in the brain is blocking the effects of an inhibitory neurotransmitter, a so-called signaling substance called adenosine.

Indeed, by blocking the inhibitory effects of adenosine, caffeine can actually increase the activity of neurons in the brain as well as the release of other neurotransmitters, such as dopamine and norepinephrine ( 1 , 2 ).

Many controlled trials have tested the effects of caffeine on the brain and have shown that caffeine can improve mood and improve response time, memory, alertness, and overall cognitive function ( 3 ).

In short: Caffeine is able to block an inhibitory neurotransmitter in the brain, resulting in a clear, stimulating effect. Controlled trials show that caffeine improves both mood and brain function.

2. Coffee can help you burn fat and increase your physical performance

There is a good reason why you find caffeine in most commercial fat burning supplements .

Caffeine increases both metabolism and fatty acid oxidation ( 6 ), in part because of its stimulating effects on the central nervous system.

Caffeine can also improve athletic pursuits in several ways, including by mobilizing fatty acids from the fatty tissue ( 8 ).

In two separate meta-analyzes, caffeine was found to improve exercise performance by an average of 11-12% ( 9 ) .

3. Coffee can cause a drastically reduced risk of type 2 diabetes

Type 2 diabetes is a lifestyle-related disease that has reached morbid dimensions, having doubled in a few decades and now affects about 300 million people.

This disease is characterized by a high level of blood sugar due to insulin resistance or an inability to produce insulin.

In observational studies, coffee has repeatedly been linked to a lower risk of diabetes. The reduced risk ranges from 23% and up to 67% ( 11 , 12 ).

A massive review article looked at 18 studies with a total of 457,922 participants. Every extra cup of coffee a day reduced the risk of diabetes by 7%. The more coffee people drank, the lower the risk ( 15 ).

In short: Coffee intake is associated with a drastically reduced risk of type 2 diabetes. People who drink several cups a day are the least likely to become diabetic.

4. Coffee can reduce your risk of Alzheimer’s and Parkinson’s

Not only can coffee make you smarter in the short term, it can also protect your brain when you have reached the veins.

Alzheimer’s disease is the most common neurodegenerative disorder in the world and a leading cause of dementia.

In prospective studies, coffee drinks have up to 60% lower risk of Alzheimer’s and dementia ( 16 ).

Parkinson’s is the second most common neurodegenerative disorder and is characterized by the neurons secreting dopamine signaling in the brain. Coffee can lower Parkinson’s risk by 32-60% ( 18 , 19 , 20 , 21 ).

In short: Coffee is associated with a much lower risk of dementia as well as the neuro-degenerative disorders Alzheimer’s and Parkinson’s.

5. Coffee can be extremely good for your liver

The liver is an unusual organ that performs hundreds of vital functions in the body.

It is very exposed to modern threats such as alcohol and fructose overuse.

Liver cirrhosis is the end stage of liver damage caused by disorders such as alcoholism and liver inflammation, where the liver tissue has largely been replaced by scar tissue.

Several studies have shown that coffee can lower the risk of cirrhosis of up to 80%, with the strongest effect seen in those who drank more than 4 cups a day ( 22) .

In short: Coffee has been shown to protect against certain liver diseases, lowering the risk of liver cancer by 40% and cirrhosis by up to 80%.

6. Coffee can reduce your risk of premature death

Many people immediately still believe that coffee is unhealthy.

This is not surprising, however, as it is very common for traditional attitudes to completely disagree with what the actual studies show.

In two very large prospective, epidemiological studies, coffee intake was associated with a lower risk of death for all causes ( 27 ).

This effect is particularly pronounced in type 2 diabetes, and one study shows that coffee drinkers had a 30% lower risk of death over a 20-year period ( 28 ).

In short: In coffee prospective epidemiological studies, coffee intake has been linked to a lower risk of death, especially in type 2 diabetics.

7. Coffee is packed with nutrients and antioxidants

Coffee is not just black water.

Many of the nutrients in coffee beans manage all the way to the finished beverage, which actually contains a good amount of vitamins and minerals.

It may not work that much, but if you drink several cups of coffee a day, it quickly turns into a lot.

And not only that. Coffee also contains a huge amount of antioxidants.

In fact, coffee is the main source of antioxidants in the Western countries diet and beats so both fruits and vegetables combined ( 30 ).

In short: Coffee contains a good amount of vitamins and minerals, and is also the largest source of antioxidants in the modern diet.

Even though coffee in moderate amounts is good for you, excessive amounts can still be harmful.

I would also like to point out that many of the studies mentioned above were epidemiological in nature. These kinds of studies can only show an association, they cannot prove that coffee is to blame for those effects.

If you want to preserve the health benefits, don’t get sugar or anything else bad in your coffee! If coffee tends to affect your night’s sleep, don’t drink it after 1 p.m. 14th

All in all, however, it is clear that coffee is NOT as bad as first thought.

Here on our site you can find several articles on this subject, and i added a few below, to make it easy for you, should you be interested.

This is how the daily cup of coffee affects your health

Get even healthier with coffee